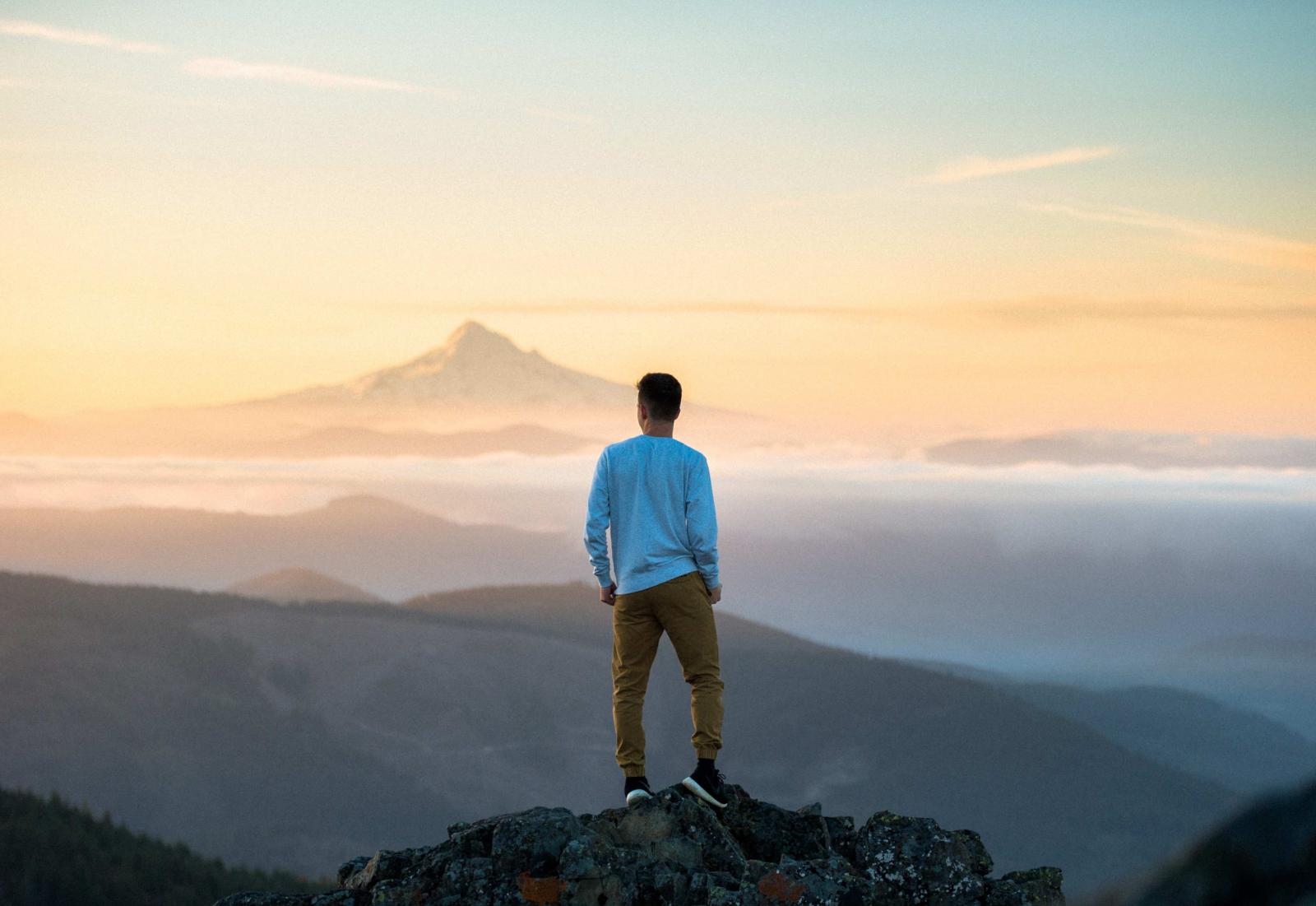 "What is man that you are mindful of him?"

Pastoral Reflection for September from Rev Kenneth I Macleod

“What is man that you are mindful of him, and the son of man that you care for him? Yet you have made him a little lower than the heavenly beings and crowned him with glory and honour. You have given him dominion over the works of your hands: you have put all things under his feet, all sheep and oxen, and also the beasts of the field, the birds of the heavens, and the fish of the sea, whatever passes along the paths of the sea. O Lord, our Lord, how majestic is your name in all the earth.” Psalm 8:4-9

Last time we saw how David was blown away by the concept of God’s greatness as he considers the marvel, glory and wonder of the creation. However, in v4 we find David quite simply cannot get over that God is mindful of us. “What is man that you are mindful of him, and the son of man that you care for him?” David is more or less saying, “Lord, why are you so mindful? What have we done to be so raised and elevated in this majestic creation that You should take such an interest in, and care of us?”

Sometimes our fear is not so much that God will come and punish us because of our sin, but that because of our insignificance and frailty God will look past us and not see us and ignore us and forget about us. The wonderful thing is that Scripture shows us, all the way through, that God cares deeply and powerfully about us and that He will not, and indeed cannot ever forget, even for a moment one of His own people. No wonder there is so much hopelessness, despair and despondency in today’s society when so many people do not believe in God. The massive psychological damage that has been done through the evil teaching that there is no God can never really be quantified. I would hate living in this world if I thought it came into being by pure chance. I honestly cannot understand how clever people can believe that this world with its order and structure of days and nights and times and seasons could just miraculously evolve out of chance coming together of particles. If you take God out of the equation and this world is by chance, and we are here by chance and that’s it-what’s the point in anything? That’s why Solomon said of life without God-“all is vanity and vexation of spirit.’ Ecclesiastes 1:14.

The wonderful thing is that that is not how it really is. As believers we accept, delight in, and lay hold of everything the Bible tells us about God with all our heart. This belief gives us hope, liberty and peace regarding the future. We know who the future belongs to, and even although there are lots of things we do not know or understand, we have confidence that God is control of everything. Here David reminds us that God cares for us-the idea of that care is that God attends to us. It implies action as well as concern. We can care about someone in our heart, mind and prayers without every going near them.

However, God’s care includes involvement with us. That’s why the AV translates “Thou visitest him,” (verse 4). When did God visit us? I am sure we could give lots of instances, but the most wonderful and obvious one is with the coming of Christ Jesus. Remember in Luke Chap 1:67 (AV) John the Baptist’s father Zacharias prophesying as the Holy Spirit came upon him in power, “Blessed be the Lord God of Israel, for He has visited and redeemed His people.” Isn’t that amazing? That shows us just how mindful and caring God is of us. He cares so much that He became one with us. Emmanuel-God with us. He came to live among us and deal with all the chaos, carnage, devastation and brokenness that sin has brought into our lives. THE great proof that God cares for us is the cross.

David goes on in v5 to say of us, “You have made him a little lower than the heavenly beings, and crowned him with honour and glory.” The word translated heavenly beings is in the AV translated angels. Commentators say that the Hebrew word alludes to the image of God in Genesis 1:26. Man and woman were originally made in the image of God, and that’s what distinguishes and sets us apart over all other aspects of God’s creation. If we try and take God out of the picture, then the human being is nothing special. Those who have committed the worst atrocities in the last century against the human race, people like Stalin, Pol Pot, and Hitler had taken God out of the equation. There was no God; so to kill means nothing.

However even after the flood when commanding Noah in the new world, post flood, God said, “Whoever sheds the blood of man, [that is murders] by man shall his blood be shed, for God made man in his own image.” Genesis 9:6.  To murder another human being is to murder what is most like God in this world. The fall of course shattered the image of God, however this verse highlights that there is still sufficient to show the dignity and respect every human being deserves. When we were made in the image of God we were made displaying knowledge, righteousness and holiness. It is in Christ Jesus that the repair work begins and in glory we will full resemble our Saviour.

Finally we see that we have been given dominion over the creation. In other words God wants us to rule His creation well and wisely. It is not for exploiting. If all the resources in this world were put to good use in a sensible and wise way without greed and exploitation what a totally different world we would be living in. I often try and imagine, but can’t, how utterly beautiful and wonderful the earthly Paradise would have been before sin entered, and this world came under the curse. The wonderful thing is a new day will dawn in our experience as believers, when we will walk in, and be part of the new heavens and the new earth. What a glorious prospect that is. Verse 9 finishes the psalm repeating what was said at the beginning. However after reflecting on all the psalmist has said between v1 and v9 we can repeat this verse with a greater conviction and a more profound sense of joy, wonder and praise in our heart and on our lips, “O Lord, our Lord, how majestic is your name in all the earth.”

Photo by Tim Bogdanov on Unsplash