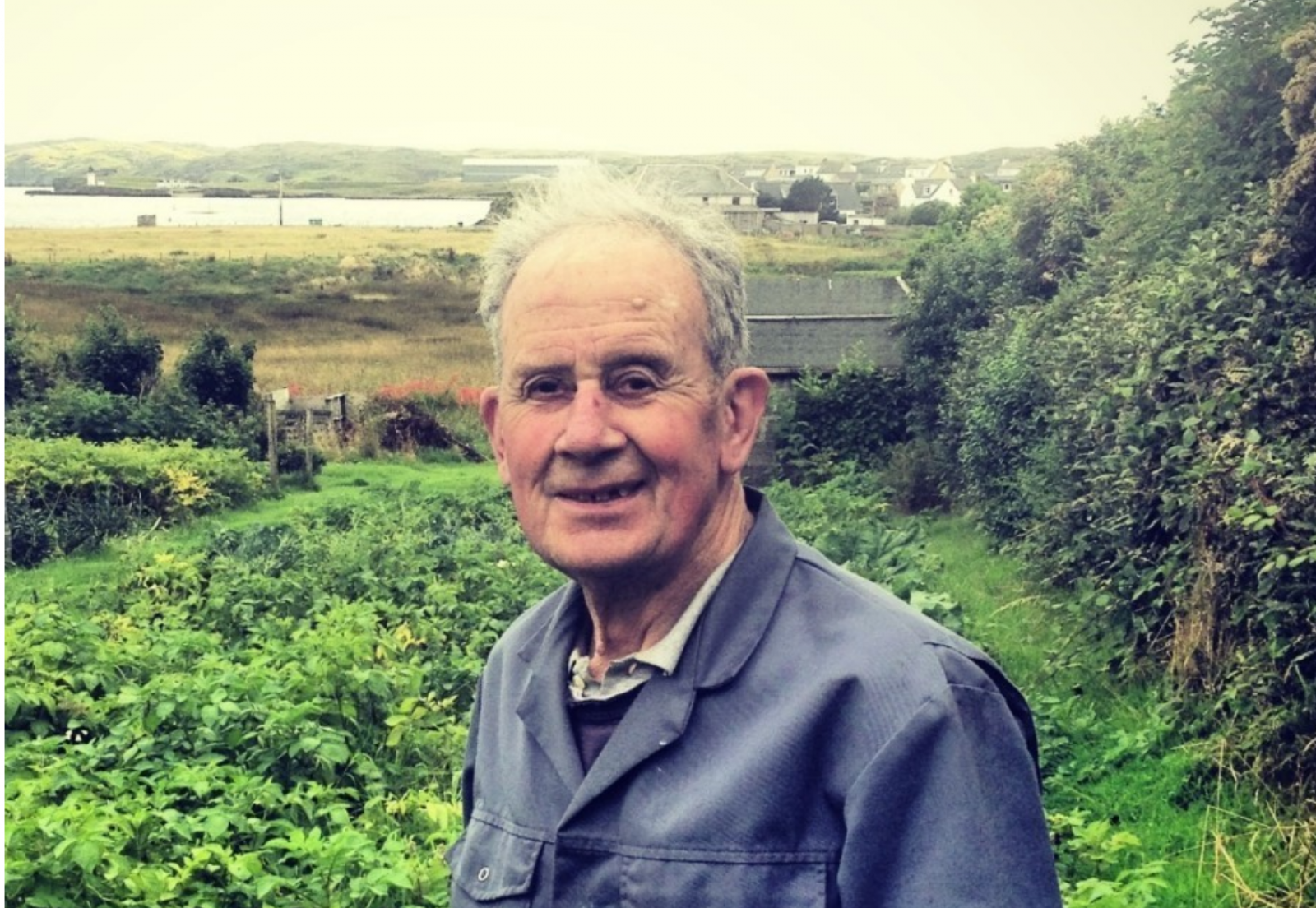 On the anniversary of VE Day Torcuil Crichton recounts the remarkable story of his uncle, the late Alasdair Crichton who was an elder in our congregation, and his experiences at the end of WWll.

Last December, just as we approached the shortest day of the year, we buried our uncle Alasdair at the Braighe cemetery, a mile or two from the Isle of Lewis village where he was born.

At the age of 94, Alasdair Crichton, my father’s brother, was the last of the men in the WWII generation of veterans from Swordale.

My father used to tease him about how being a 1945 recruit he never actually made it to the war.

That was only partially true, as I discovered when I went to visit my uncle in the summer of 2011, fresh from Westminster’s political battlefields.

I came to his Stornoway home with a gift I thought he might find interesting. One of our cousins, Sergeant Major Alasdair Iain MacKenzie of the Scots Guards (now a Captain), had days before presented the colours to Her Majesty at the annual Trooping of the Colour.

I’d been to the ceremony and spoke to him about the experience. It wasn’t Sergeant Major MacKenzie’s only task that summer.

This Lewis lad told me he had also been in charge of Barack Obama’s guard of honour at Buckingham Palace during the US President’s state visit to the UK. That, I thought, was pretty impressive.

Back in Stornoway I presented my uncle, a former Scots Guard, with the Trooping of the Colour programme.

There were pictures showing our cousin, not as bearskin-hatted chocolate soldier, but in a slit trench, a three-tour veteran of Afghanistan. He’d been Obama’s guard too, I added.

My uncle seemed pretty non-plussed by all this humblebragging about our illustrious relative.

He wandered off through the house while I stayed chatting to my aunt, Mairi. Pretty soon Alasdair was back with a card-backed manilla envelope which he handed to me. Inside was a sheaf of 10”x8” black and white photographs.

“And who do you think that boy is there in the ranks they’re inspecting?”

Alasdair said: “I was Churchill’s guard of honour at Potsdam.”

I was stunned. But if my father taught me anything it was never to be short of an answer, so I groped for his words.

That was almost true, my uncle explained. Alasdair had enlisted in 1945 in the Scots Guards and was training with his comrades somewhere on the English moors to take the Allied campaign into Germany for the last push.

It wasn’t to be. An ear infection impaired his balance and Alasdair had to stay behind while his battalion crossed the Rhine into Germany and swung northwards to end their war in Hamburg.

Alasdair had to wait in barracks for the next lot of recruits to be trained and was flown into Berlin as hostilities came to an end.

“My first night in Germany was spent in a ditch by the side of the road,” he recalled.

His company had orders to make for a country mansion in Potsdam, south west of Berlin, but their route was blocked by Russian troops.

In these uneasy days after the Germans had been defeated it wasn’t clear if the Russians would be the next enemy or friends.

After three days of negotiation the British were allowed through and on arriving in Potsdam discovered the nature of their mission, to be Churchill’s guards. 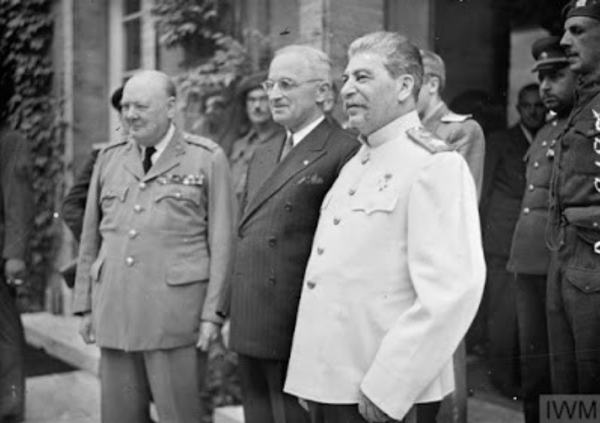 Churchill, Truman and Stalin at Potsdam, from the Imperial War Museum archive

Pointing to another picture of a guardsman, at attention outside a mansion, my uncle said: “That boy was one of my best friends. That’s the house Churchill stayed in and he used to complain about the noise of our tackety boots marching up and down all night keeping him awake.”

But my uncle told me how one evening the day watch was ordered to hand in their boots which were flown back to London overnight and returned the next morning with rubber soles. It must have been true.

“Now who’s that there?” my uncle quizzed me again turning to another photo. “That is Clem Attlee,” I said, proudly recognising the Labour post-war Prime Minister. Shortly after the war ended Churchill was turfed out, Attlee was in and came to Potsdam.

My uncle disagreed. “No, we didn’t like him,” Alasdair said. “He gave too much to the Communists” pointing at Stalin, reinforcing the image of my uncle being in the middle of this historic post-war conference.

The division of Europe had in fact been mostly settled earlier at the Yalta conference but that didn’t mean that tides of geopolitics weren’t swirling around Potsdam and my uncle’s life.

“But we liked Truman,” said Alasdair. “He dropped the bomb.”

That sounded appalling to me, but when my uncle explained it just underscored our generation’s shallow understanding of the actual horror of war.

My uncle and his friends knew what the war expected of them. Their service books were marked “Far East” and Postdam might only have been a colourful diversion on the road to a hellish invasion of Japan if the atom bombing of Hiroshima and Nagasaki had not brought the conflict to a close. 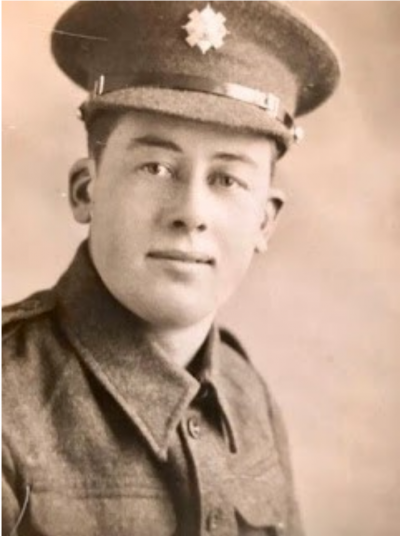 Alasdair in Scots Guards uniform in a picture sent to his sister, Nora

So, yes, my father was partially right. My uncle missed the war and thankfully so.

Alasdair had never spoken before about his military service, few of them did, and he added only a few details about the starving civilian population he’d seen while stationed in post-war Germany.

I suspect the trauma of it meant that generation couldn’t remember the details, although the experience completely defined who they become as men. Good men, as I remember.

My uncle was one of the humblest of that generation who fought for and then rebuilt Britain, literally in his case as he worked on the construction of the Royal Festival Hall on London’s Southbank.

Back in Lewis Alasdair married, raised a family, became a teacher and lived a quiet life as a committed Christian. All his adult life he’d probably consider himself more a soldier for Christ but he did his service for his country too.

And, as he taught me that day he revealed his role in the closing chapter of WWII, never try to pull rank on an old soldier. 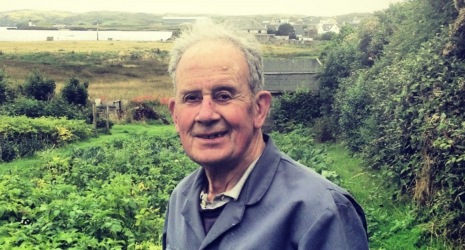 Torcuil Crichton is the Westminster Editor of the Daily Record newspaper. This article first appeared on his blogsite “Whitehall 1212” and is reproduced here with kind permission.

Posted in News; Posted 53 days ago by Mairianne Campbell